However, scientific names and common names are different for most fish species. Therefore, you may be familiar with different fishes from their common name and don’t know their other name. Therefore, we round up all the fish names starting with X, whether it’s common or scientific.

Here’s more articles with similar traits that may interest you.

46 Fishes With Letter Q in the Beginning.

105 fishes that have the letter Z in the beginning.

Fish Names That Start with Letter U

Most Common and Popular Fishes Starting with Letter “X”

Pristella maxillaris or X-ray tetra is characin from the genus Pristella. It’s also known as an X-ray fish because its body appears almost transparent. This freshwater dwelling creature can be found anywhere in slightly brackish waters, from Amazonian rivers to Guyanan coastlines, thriving on acidic or alkaline water sources. Unlike other small tropical fishes, this one doesn’t seem bothered by moderate salinity levels at all!

X-ray tetras are small fish that can be up to around 5 cm or 2 inches long. They live in large groups and feed primarily on insects, planktonic animals, etc. Unlike most other types of tetra, they have distinct male/female characteristics – males being smaller than females because they need less food than female counterparts do!

Xenaploactis is a ray-finned tropical marine fish. This fish species can be found in the western central pacific of East Indies. It’s a new genus of Prosopodasys asperrimus Günthe. The usual length of Xenaploactis is around 4 cm.

The body of Xenaploactis Asperrima is covered with modified scales that form spinous points. It has a mouth very strongly upturned, nearly vertical, two strong spines on its first infraorbital bone, and an obscure small circular lateral line pore over the upper preopercular region.

Xanthogramma Sandperch or Parapercis Hexophtalma or the speckled Sandperch is a marine bony fish from the family of Pinguipedidae. The name varies too much for misspelling, synonyms, and other names for female species of this species. Georges Cuvier first reported it in 1829.

The Parapercis Hexophtalma are native to the western part of the Indo-Pacific Ocean. Its body is cylindrical, and the end is flat. And its body is greenish with mottled dark brown with an average length of 28 cm. Females have different features in colors and fin structure than males.

Xanthichthys is an actinopetri (ray-finned fish) species. These fish species are from the order Tetraodontiformes, similar to Puffers and filefishes. And from the family of Balistidae (triggerfish).

It’s a tropical marine fish that is usually found in reef environments of the Indian, Pacific, and Atlantic oceans.

Xantic sargo, also known as Sargo and white seabream. They’re native to Western Indian and Eastern Atlantic Oceans. Their family origin is seabream, and they are active in the surfing zone.

Sargo’s average length is 22 cm and consumes small mollusks, crustaceans, coral, and seaweed. Two of US submarines was named after this nimble fish- USS Sargo (SSN-583) and USS Sargo (SS-188).

It’s a bony ray-finned fish species from the family of Aploactinidae. Xenaploactis are tropical marine fish that live in Western Pacific and Eastern Indian Ocean.

It’s related to our previous fish, Xenaploacts Asperrima. They both belong to the same genus, and their habitat and structures are similar too.

Xenaploactis Anopta‘s usual length is 3.7 cm, and the body is densely covered with modified scales. It has 3 recognized species in the genus, and all of their names start with X too.

As the name suggests, it’s another species from Xenaploactis. However, this species is slightly different in body structure and habitat. This is the 3rd species of the Xenaploactis.

It’s usually found in Indo-western Pacific: Gulf of Thailand, Western Australia, and the Gulf of Carpentaria, Queensland. And the usual length is about 2.8 cm.

Xenichthys rupestris is ray-finned fish species that are native to the tropical eastern Pacific Ocean. Their genus is grunts and from the family of Haemulidae. Xenichthys’s have three known species in the genus.

Another species of the Xenichthys that are marine reef-associated. Xenichthys Agassizii inhibits the tropical Southeast Pacific Ocean and stays around 3 to 18 m depth. Their maximum length can be 20 cm.

The third species of the Xenichthys that were discovered by T. N. Gill in 1863. Xenichthys Xanti, also known as Longfin Salema that inhibit the tropical marine territory of the Eastern Pacific Ocean.

The usual length of this fish is around 18 cm, with a maximum length of 24 cm.

The usual habitats are the Western Indian Ocean. The maximum length is about 2.6 cm, and females are slightly shorter in length than males.

Another family member of the Xenisthmus is also known as Clear Wriggler. The Xenisthmus Clarus is native to tropical marine water of the Western Pacific Ocean.

All the Other Fishes Starting with Letter “X”:

Many more fishes start with the letter x, other than those we’ve discussed so far. Here’s the complete list of fishes, which names start with X:

Fish name starts with letter X seemed very few. But, as you can see now, we’ve mentioned a total of 88 fish names that start with X. We tried to collect as many fish species as possible. Other than these, you may find some more that we couldn’t gather here.

However, if you encounter any other fish name with X, please feel free to let us know in the comment section. It’ll help other readers and us as well. 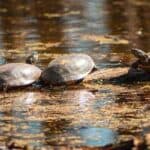 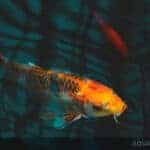 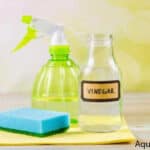 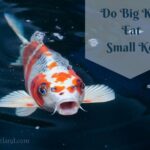